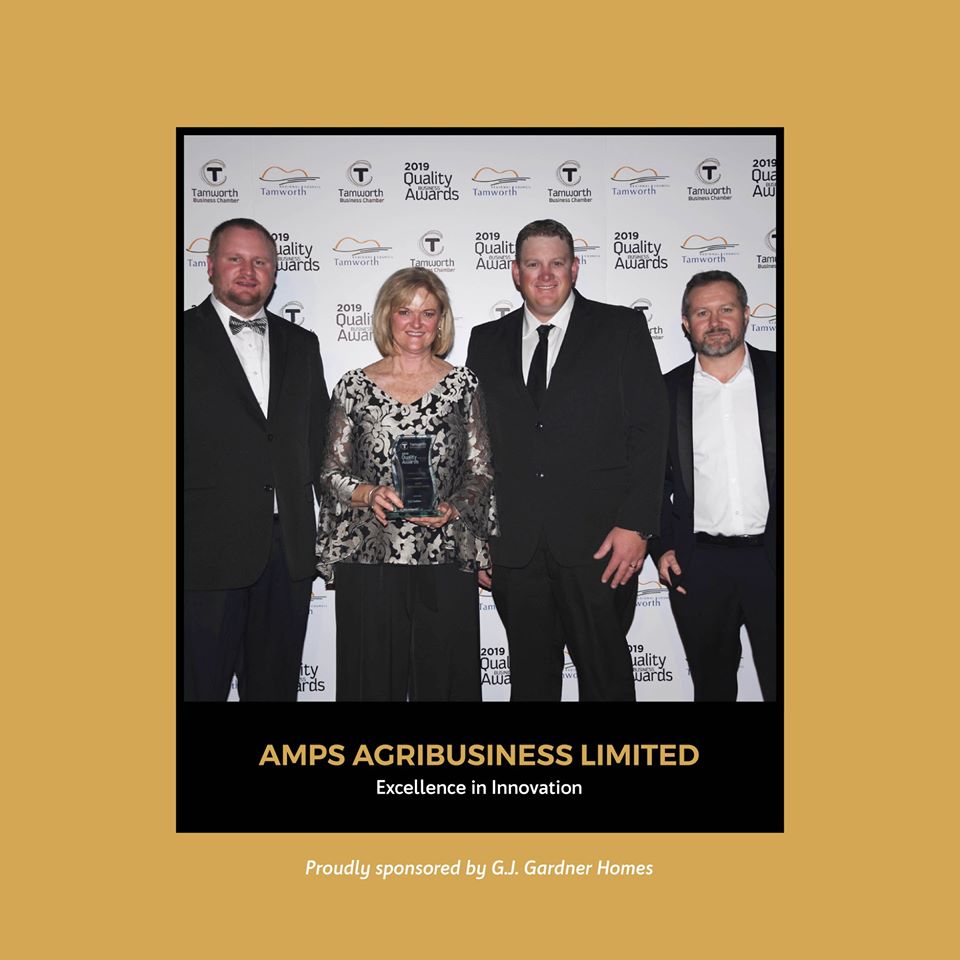 AMPS Agribusiness is on a winning streak. Firstly winning the Excellence in Innovation Award at the Tamworth Business Awards in August. AMPS have gone on to win the category at the Regional Awards.

Earlier this year Matt Gardner (Head of AMPS Research), Scott Bennett (Sales Manager) & Vicki Pettit (Administration Manager) attened the Tamworth Business Awards held at the Tamworth Regional Entertainment Centre. The evening bought together some of the best businesses in Tamworth. AMPS had finalised in the Excellence in Innovation category for the work that has been done into agriculture research across the Tamworth district. It was a tough category with some stiff competition. AMPS came away with the prize which resulted in AMPS being entered directly into the Regional Awards.

Georgina Simson (Marketing & Communications) attended the Regional Awards in October. Again in Tamworth they were held at the Mecure Hotel with guest speaker Dylan Alcott. After a great talk from Dylan and an opportunity to network with some of the best bussinesses in the New England North West Region the awards began.

AMPS Agribusiness had some tough competiton but again took the prize home. Winning the Excellence in Innovation Award for the region.

By winning a Regional Zone AMPS will now compete in this category at a state level. The State Business Awards will be held in Sydney on Friday 22nd November 2019. Nigel Herring (CEO) & Georgina Simson (Markeitng & Communications) will be representing the business. Lets hope we can make it 3/3.